Connecting Water Treaters Around The Globe and Why The Water Treatment Industry Should Continue To Learn, Share And Laugh With James McDonald.

Our guest today is James McDonald. James has been in the water treatment industry since 1997 and is a Chemical Engineer by degree with a Master’s from the University of Louisville. After college, James worked for an environmental compliance company, doing environmental assessments for the likes of the FAA and various army bases. Later James went on to work for Crown Solutions and today is also a much loved committee chair at the Association of Water Technologies (AWT). Interestingly, after many years at Crown Solutions, his next job at Chem Aqua, was discovered via a LinkedIn advertisement pop-up seeking a Corporate Engineer.

Most of you out there are on LinkedIn and LinkedIn is probably dominated in the water technology community by James McDonald. James spends a lot of time on social media, specifically his LinkedIn page. But when we have so much work to do already, is social media really worth it and what are the rewards? James loves the work he does and loves sharing it with other people, so today we hear James’ story, his role in the AWT, how LinkedIn has helped him connect hundreds of water treaters around the globe and why we should continue to keep learning a little bit every day and share our knowledge even more. Take a listen! [0:03:20.0]

We also answer questions from listeners on Pinks and Blues.

Key Points From This Episode:

Here at Blackmore Enterprises, we had that exact same thing happen. We were using manufacturer A and the softener was soft all the time. Then we switched to manufacturer B and it was soft some of the time, but a lot of the times we were getting that red tinge to the hardness test, and as those of you know out there in the ScalingUP! Nation, a soft sample is nice and blue and if it has a red color to it, then that indicates hardness and then we add the EDTA to it as a titrant until it grabs all that hardness and then turns it blue. So in a softener situation, as soon as we put the buffer in there and the indicator in there, we want that sucker to be nice and blue.

Well, we thought that the softener was malfunctioning, and it actually was. The only reason we found that out was because the test that we then started buying with manufacturer B actually was able to test to a smaller degree, less than a ppm. The other test was only testing down to 2 or 3 ppm and we actually worked with somebody and we sent those off and actually had an independent lab measure those using a different method and we actually found that out, that one of the test manufacturers was able to get that lower. So it might be your tests are working fine, but they’re only working in the limits that they are able to work in.

What we did when we did that, we found out that we were actually putting hard water in when we thought we were putting soft water in with the other manufacturer, Manufacturer A, and that actually explained some of the readings that we were getting where we were losing alkalinity on occasion and things like that. The water was still clean, but everything didn’t add up and then we found that when we were testing with this lower range test kit that we were actually leaking over some hardness. So I say this because the boilers, in order to be soft, need to be less – actually I think it’s supposed to be less than half a ppm.

So if your test kit’s only testing 2 or 3 when it says it’s soft, that’s several times higher than half a ppm. So make sure you know what your test kit is actually doing and even in the same manufacturers, they have different ranges. So if one drop equals 10 parts, that’s probably not good when you’re titrating. That’s probably not good enough for a softener. You probably want to figure out either how to change the sample size, or maybe change the test kit so you can get that to a really fine amount. But then also realize that your test that you’re using may not go as low as you think it goes.

I am a scuba dive instructor. That is my passion. I absolutely love being under water. It is the most therapeutic thing that l can think of. Underwater you can fly around like Superman. You want to go up, go up. You want to go down, go down. You can bank left, bank right, it’s totally awesome. I love it so much, and you out there in the ScalingUP! Nation know that one of my passions is teaching, so I actually teach scuba diving to other people and try to get them to enjoy it as much as I do.

Teaching scuba diving has made me a better instructor when it comes to water treatment, because when you’re teaching somebody that they’re not going to die, you learn how to deal with people at a different level. Because everybody’s scared that there’s no air underneath that water, and you’ve got to convince them that if an emergency or if a situation happens under water, you can deal with it underwater and not panic and go up to the surface because once you have all that pressure under you under water and then you get up too quickly and that pressure is gone, you can actually hurt yourself.

So, to answer your question, I don’t even have to think about it; what I do for fun is I scuba dive. I know Mark Lewis has been brought up on this show. Mark Lewis and I scuba dive together, so there you go. It’s fun for water treaters to get together. You know, we’re working in water and now we’re playing in water too. So we just have a whole life that talks about water, or deals with water.

So for those of you out there in the ScalingUP! Nation that don’t know what those letters stand for, there’s the Langelier Stability Index, the Ryznar Stability Index, and the Practical or sometimes called Puckorius Scaling Index. So, better is not a work that I really like, but I understand why you ask it. Better is an opinion. All of them are the same thing. What they deal with is when calcium carbonate comes out of solution or goes into solution. We’re either precipitating or we are dissolving, if you will. Right in the middle where neither of those has happened, is called the saturation pH. That’s the equation that all of these different scales use and then they do something with it to make it unique, and then they can name it something else.

LSI takes the saturation pH and what you do is you take the system pH and you subtract the situation pH from it to get LSI. The range from that is -3 to 3. Anything above 0 has a scaling tendency. Anything below 0 has a non-scaling tendency. We know water is the universal solvent, i.e. water is corrosive. Now some water might be more aggressive than others, depending on what’s dissolved in it, but that being said, all water is corrosive. The RSI take the saturation pH times 2, and then subtract the system pH. That is a range between 0-12 and anything above 6 has a non-scaling tendency and anything below 6 has a scaling tendency.

The PSI takes the station pH and multiples by 2, but then subtracts the pH of equilibrium, then add 4.54. The scale is 0-12, above 6 is a non-scaling tendency and below 6 is a scaling tendency. Now, you get to choose which is best for you. We at Blackwater Enteprises use RSI, and the only reason we use it is because that’s what my father used and that’s what he taught me, and that’s what I’m used to.

The one stop shop for water treatment professionals to scale up on industry related topics. 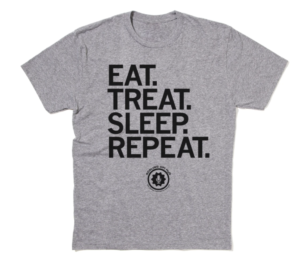