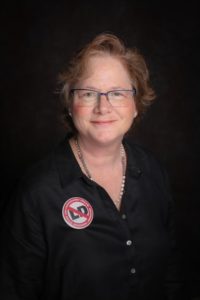 It is hard to believe that the last time I had a complete show featuring Dr. Janet Stout was in July of 2017.  That was only episode 9, making her one of my first guests! Since that time, she has been on a few shows when I ran into her at various conventions we both attended.  Janet has always been a strong supporter of the water treatment community and Scaling UP! H2O.

Since airing the interview with Janet back in 2017, I would have thought that by now, we would have seen more movement on legislation around the topic of legionellosis prevention.  There has been a multitude of legionella outbreaks over the last three years, including a significant one in my hometown of Atlanta, GA. Today, most of us are still waiting for our cities to catch up to what other countries have been doing for years. While we wait, almost every party involved has questions on how to proceed in the prevention of Legionnaires Disease.  Owners confuse a water treatment program with a Water Management Plan.  Whether you like government getting involved or not, I think we can all agree that having a standard to conform to is better than having the “grey lines” most of us have to navigate through today.

In this two-part episode, Janet fills us in on what has taken place in the world of “legionellology”.  Janet created this term to better capture the work she does.  Among this update includes the revision of ASHRAE’s 188, The Centers for Medicare and Medicaid Services position, and even some new bacteria guidelines you may never have heard of. I know you will receive a wealth of information about legionella from these two episodes.

My hope is you also are empowered to understand this preventable disease. How are we supposed to fight a battle without any tools?  Sure, we have the tools, but our customers are not allowing us to use them in many cases due to cost and a general misunderstanding of responsibilities.   Please talk to your customers and help them understand that we all play a part in this “grey battle” called legionellosis prevention. Until a standard gives us guidelines, we have to partner with facility owners and managers to help them make better decisions.

“Don’t rinse your CPAP devices in tap water, you are opening yourself up to legionella’s disease.” – Dr. Janet E. Stout

“Most of the cases of legionella’s disease that are occurring in the United States and around the world are associated with the building water distribution systems, particularly the warm water systems.” – Dr. Janet E. Stout

“A plan without a test result, is meaningless.” – Dr. Janet E. Stout

Welcome to the Scaling UP! H2O podcast where we scale up our knowledge so we don’t scale up our systems each and every week.